NOOK Media LLC comprises the digital and College businesses of Barnes & Noble and will continue to have a very close and mutually beneficial relationship with Barnes & Noble’s retail stores. The partnership includes a $300 million investment from Microsoft in NOOK Media LLC.

“As demand for digital content continues to increase, we are focused on bringing ground-breaking reading and learning content and technologies to more people in more formats than ever before, including the imminent launch of our exceptional NOOK reading application for Windows 8,” said William Lynch, CEO of Barnes & Noble. “We look forward to working closely with our new partner Microsoft to add value to their innovative new platform by bringing great reading experiences and one of the world’s preeminent digital bookstores to millions of Windows 8 users.”

“NOOK Media is a leader in developing the next generation of digital reading and we look forward to the company bringing one of the world’s largest digital libraries to Windows 8 devices via their upcoming Windows 8 app,” said Andy Lees, President at Microsoft. “We are also excited by NOOK Media’s product roadmap and expansion into markets around the world as demonstrated by their recent launches in the United Kingdom.”

Microsoft made its $300 million investment in NOOK Media LLC at a post-money valuation of $1.7 billion in exchange for an approximately 17.6% equity stake, with Barnes & Noble owning the remaining shares.

As previously announced,there is no set timetable for Barnes & Noble’s review of strategic options for its investment in NOOK Media LLC. There can be no assurance that the review will result in a strategic separation or the creation of a stand-alone public company. Barnes & Noble does not intend to comment further regarding the review unless and until a decision is made.

Barnes & Noble, Inc. (NYSE: BKS ) , the leading retailer of content, digital media and educational products, operates 689 bookstores in 50 states. Barnes & Noble College Booksellers, LLC, a wholly-owned subsidiary of Barnes & Noble, also operates 667 college bookstores serving over 4.6 million students and faculty members at colleges and universities across the United States. Barnes & Noble conducts its online business through BN.com (www.bn.com), one of the Web’s largest e-commerce sites, which also features more than 3 million titles in its NOOK Bookstore™ (www.bn.com/ebooks). Through Barnes & Noble’s NOOK® eReading product offering, customers can buy and read digital books and content on the widest range of platforms, including NOOK devices, partner company products, and the most popular mobile and computing devices using free NOOK software. Barnes & Noble is proud to be named a J.D. Power and Associates 2012 Customer Service Champion and is one of only 50 U.S. companies so named. Barnes & Noble.com is ranked the number one online retailer in customer satisfaction in the book, music and video category and a Top 10 online retailer overall in customer satisfaction according to ForeSee E-Retail Satisfaction Index (Spring Top 100 Edition).

General information on Barnes & Noble, Inc. can be obtained via the Internet by visiting the company’s corporate website: www.barnesandnobleinc.com.

Founded in 1975, Microsoft (Nasdaq “MSFT”) is the worldwide leader in software, services and solutions that help people and businesses realize their full potential.

This press release contains certain forward-looking statements (within the meaning of Section 27A of the Securities Act of 1933, as amended, and Section 21E of the Securities Exchange Act of 1934, as amended) and information that are based on the beliefs of the management of Microsoft or Barnes & Noble, as applicable, as well as assumptions made by and information currently available to such management. When used in this press release, the words “anticipate,” “believe,” “estimate,” “expect,” “intend,” “plan,” “will” and similar expressions, as they relate to Barnes & Noble, NOOK Media Inc. or Microsoft or the management of Barnes & Noble or Microsoft, identify forward-looking statements.

Should one or more of these risks or uncertainties materialize, or should underlying assumptions prove incorrect, actual results or outcomes may vary materially from those described as anticipated, believed, estimated, expected, intended or planned. Subsequent written and oral forward-looking statements attributable to Barnes & Noble or persons acting on its behalf are expressly qualified in their entirety by the cautionary statements in this paragraph. The parties undertake no obligation to publicly update or revise any forward-looking statements, whether as a result of new information, future events or otherwise after the date of this communication. 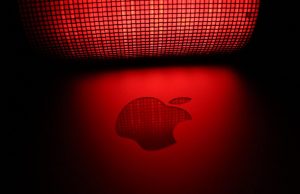